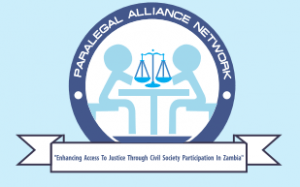 Minister of Home Affairs and Internal Security Jack Mwiimbu has reaffirmed government‘s commitment to enhancing the criminal justice system by bringing on board all stakeholders including the judiciary so that cases are disposed off in good time without delay.

Mr Mwiimbu has since urged the judiciary to explore other alternative sentencing mechanisms for minor cases, as this will also go a long way in addressing congestion in correctional centres and prisons, rather than relying too much on the traditional custodial sentencing.

The Minister was speaking when he launched the Correctional/prisons Audit at Lusaka Central Correctional Center.He further said government was committed to modernizing the operations of all justice institutions to speed up the dispensation of justice for its citizenry.

And speaking at the same event, Minister of Justice, Mulambo Haimbe, SC said his ministry stands ready to support all activities of the Zambia Correctional in an effort to improve the living conditions of inmates.

Mr Haimbe has since commended the Zambia Correctional Service and all its partners for the initiative to conduct the Prisons Audit.

Meanwhile Zambia Correctional Service Commissioner General Fredrick S. S. Chilukutu said the prison audit would not have come at a better time than this when concerns on the effects that overcrowding has had on the welfare of inmates and other persons in custody are ever increasing.

Mr. Chilukutu stressed that the Zambia Correctional Service will continue ensuring that the rights of prisoners are protected and their prospects for social reintegration are increased, in compliance with relevant international standards and norms.